Experience and practice: Summary of some views on Gender Discrimination in 5 countries 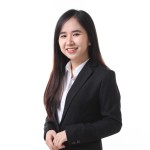 Besides the topic of Gender-related prejudices related to labor can be fined up to 60 million VND according to the provisions of Decree 125/2021/ND-CP posted by us on February 17, 2022, we would like to send Valued Client pieces of information about the cases we have compiled according to Eurofound’s research report (2018) on discrimination against men in the workplace: Experience in five countries, Literature European Union publishing house, Luxembourg.

Work-related discrimination based on sex happens when two otherwise equal persons are treated differently in aspects such as access to work, training, reward, recognition and pay. This report aims to reduce the knowledge gap in sex discrimination through an examination of disputes and debates. A questionnaire was sent to Eurofound’s Network of European Correspondents in each of the 28 EU Member States; of these, 5 were chosen that reported the most relevant information – Bulgaria, Cyprus, Denmark, France and the UK.

In Bulgaria, in 2010, a waiter’s job was advertised online. One male applicant went to the premises to apply in person and was told that they were looking solely for women to work as waitresses. The applicant duly initiated proceedings with the Commission for Protection against Discrimination (CPD). However, the CPD dropped the case because the applicant was unable to prove he had actually applied for the job.

In France, a man applied for a position in a children’s holiday centre with responsibility for health and first aid. His application was refused because – in the context of concerns over child sexual abuse – the centre management wanted to recruit a woman. The male job-seeker petitioned the High Authority against Discrimination and for Equality (HALDE). The Authority sent a letter to the employer stating that the decision was discriminatory; it also informed the public prosecutor.

In Denmark, A number of complaints were submitted to the Danish Board of Equal Treatment regarding job advertisements aimed solely at female applicants. For example, a man who applied for a position in the women’s wear section of a department store had his application refused because of his sex. The Board decided that the male applicant was discriminated against as he was not considered for the position based on his sex.

In 2015, another clothing store in Denmark advertised that it was looking for ‘a fashion-conscious young girl who wants to work with smart clothes’. After a complaint from a prospective male applicant, the Board of Equal Treatment judged that the advertisement was in breach of the regulations of the Equal Treatment Act. In another case, a man contacted a bakery for a position as a salesperson, to be informed that only women were employed in the shop, since the staff wore short aprons. Again, the Board judged that the man had been discriminated against.

Again in France, a male applicant was rejected from vocational training solely because of his sex. The man claimed that three schools delivering professional training for working in a beauty salon had refused his application. Two of the schools – interviewed by the Defender of Rights – confirmed the systematic rejection of male applications. The schools defended their stance saying it would not be possible to create mixed classes due to the physical proximity between sexes in practical classes. The third school explained that it could not accept male applicants as it did not have separate changing rooms for men and women. The Defender of Rights concluded that systematic rejection of male applications constitutes discrimination on the grounds of sex and recommended changes in school practices.

In Belgium, a man applied for a position as administrative assistant but was rejected because the company was looking only for women. The Brussels Labour Court decided that the company had to pay the applicant compensation of €5,308. According to figures from the Belgian Institute for the Equality of Women and Men, about 40% of work-related discrimination complaints are filed by men.

Sometimes, discrimination is hard to prove even if the advertisement implies that only female applicants need apply. In Denmark, a heated debate was sparked in 2014 by the opening of a burger restaurant in Copenhagen called Hot Buns. The United Federation of Danish Workers (3F) objected to the phrasing of the job advertisement, viewing it as illegal discrimination: ‘most importantly, you are outgoing, can make good contact and are perfectly OK with your work uniform being cowboy shorts and a top’. The union said this implied that the job was only envisaged for women, and hence excluded men. However, 3F’s lawyer pointed out the difficulty in proving that Hot Buns was discriminating on sex. However, employees and a previous manager reported that Hot Buns only hires pretty women. ‘It must be girls who sell and they often sell more when they are wearing revealing clothes’, commented a former manager.

It is important to note that discrimination in recruitment based on sex has, in some cases, legal backing. For example, Irish law allows an employer to state that they are looking for a domestic worker of a given sex if that person is going to work in someone’s home. However, once the worker is recruited, he or she is fully protected by employment equality legislation.

To test for sex discrimination in recruitment, the researchers sent out pairs of carefully matched applications describing identical qualifications and experience to advertised job vacancies in the UK. Statistically significant discrimination against men was found in the ‘female occupation’ (secretary) and against women in the ‘male occupation’ (engineer), while statistically significant and unexpected discrimination against men was found in two ‘mixed occupations’ (trainee chartered accountant and computer analyst programmer). Furthermore, male applicants were up to four times more likely than women to suffer discrimination when seeking jobs in accountancy and computer programming. According to the study, men are the new victims of sex discrimination at work, with professions once regarded as male bastions now biased towards women. The results suggest that employers may now be employing a form of stealth ‘affirmative action’, actively trying to recruit more women.